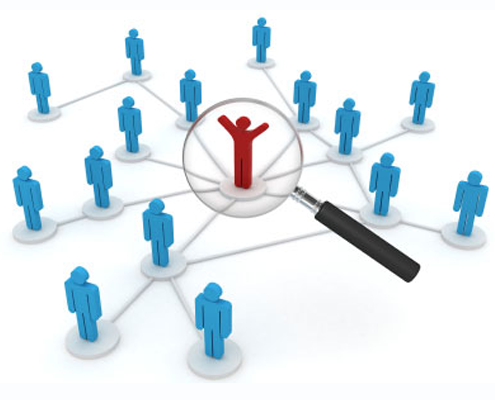 One of the most powerful tools used by intelligence analysts to analyse information and support investigators is visualisation software.  The old adage “a picture paints a thousand words” holds weight in the area of investigation and intelligence.  Using visualisation software to combine all available information and build it into an image based format rather than pages of text or tables of data, increases our ability to absorb, understand and interpret that information.  It strengthens insight and understanding of complex criminal and fraudulent activities and networks and enables effective operational decision making.

Omega Investigations uses the world’s leading visualisation software – IBM’s i2 Analyst Notebook – developed in the United Kingdom in the early 1990’s.  The software is utilised by law enforcement, government agencies and the private sector here in New Zealand and worldwide.

How does it work?

Information from any medium is imported into the software or can be manually inputted (hard copy documents etc.).  Entities are represented with icons (persons, addresses, telephones, bank accounts, vehicles, organisations etc.) and the linkages between them are displayed using connecting lines or events (e.g. ownership, relationships, meetings, usage, conversations, signed, delivered, transported etc.)

Documents, photographs and videos can be inserted into the chart giving the ability to focus in on a subject, object, location or event.

Other information such as the source of the information, dates, notes etc. is attached to the entity and can be displayed on the chart or hidden as required.

The software allows users to:

Especially useful is the ability to create timelines either as standalone charts or integrated into an association chart.  Timelines can track and display movements, transactions, conversations, in fact any type of event, chronologically and concurrently with other events.   These charts are particularly valuable in tracking financial transactions as well as comparing versions of events depicted by various sources.

How are they used?

Association and Timeline charts are versatile and multi-functional.

As an analytical tool….the first step in many an investigation is to determine whether or not there is an issue and if an offence(s) has been committed.  Analysis of data using i2 Analyst Notebook allows the user to identify actionable intelligence hidden within disparate data sets.

As an investigative tool….to track and record information as it is received and display associations, shared phone numbers, addresses or accounts, suspect vehicles, stolen property, transactions, fraudulent transactions… Information from multiple sources is collated and analysed resulting in the identification of patterns and networks – providing investigators with further avenues of enquiry.

As a briefing tool….to explain a complex fraud to your senior executive; or when seeking support from law enforcement agencies to pursue a prosecution on your behalf; or as a training aid to implement fraud awareness across your team/organisation;

As a prosecution aid….to assist the prosecutor present their case and to assist a jury to follow the evidence being presented.  When a chart is presented in Court it provides a reference point for juries and aids in their understanding of the evidence they are hearing.

What are the benefits to me?

To get the most out of this premium software it is important to have an experienced user.   Lisa Grace is our Manager of Intelligence, Risk and Security and has been using the i2 Analyst Notebook software for over twenty years.

Lisa began her intelligence career with the NZ Police at a time when building association charts consisted of using a stencil of circles and squares and since then has become one of the most experienced users of the software in New Zealand.

She has been trained in the software to Advanced Skills level and has provided training to other analysts in the use of the software.

Lisa has had numerous charts presented as evidence in court to support criminal and civil prosecutions and has been asked to provide case studies of her work for i2 Group in the United Kingdom.